This Week in Ice began with news that, due to the “Halloween crack,” there would be no winter over at the British Antarctic Survey’s Halley VI Research Station. The station has already been moved fourteen miles across the Brunt Ice Shelf, but the fracture, which formed on Halloween last year, has been steadily growing. Spooky, indeed. 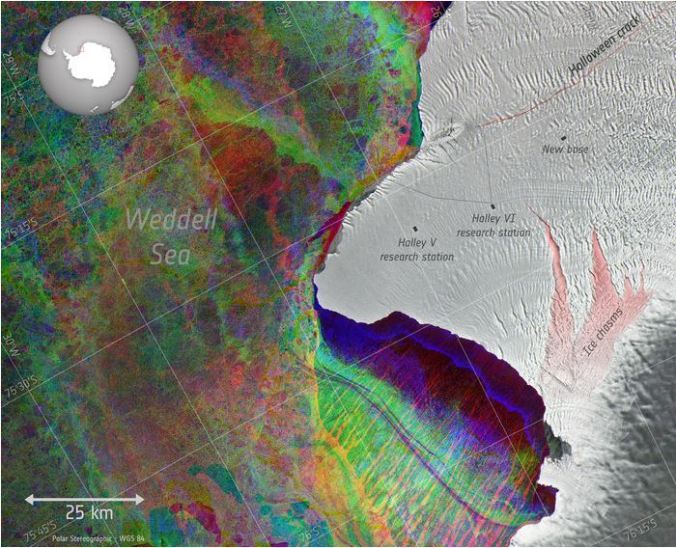 Kevin Pluck has produced yet another great visual showing the variability and overall decline of sea ice cover (since it has been observed by satellites).

The extent and concentration of sea ice in the Arctic. Note the orange line representing the median ice from 1981-2010.  (NSIDC)

The National Snow and Ice Data Center is reporting “the second-lowest and second-latest seasonal maximum” (per the satellite record) for Arctic sea ice (in October). This GIF nicely demonstrates this long-term decline.

More news about Greenland in the Ice Shelves & Glaciers section below.

The Weddell polynya, a massive area of open water within the ice of the Weddell Sea, is still going strong. (It’s the dark blue patch in the ice toward the top of the image above.)

The NSIDC says that sea ice in Antarctica experienced a Bactrian—or double humped, just like the camel—maximum extent on October 11th and 12th. The first was on September 15.

This is the latest maximum on record (tied with 2002). It’s also the second lowest Antarctic maximum extent (per satellite records).

New mapping data shows that far more of Greenland’s glaciers are at risk for accelerated melting than previously thought. 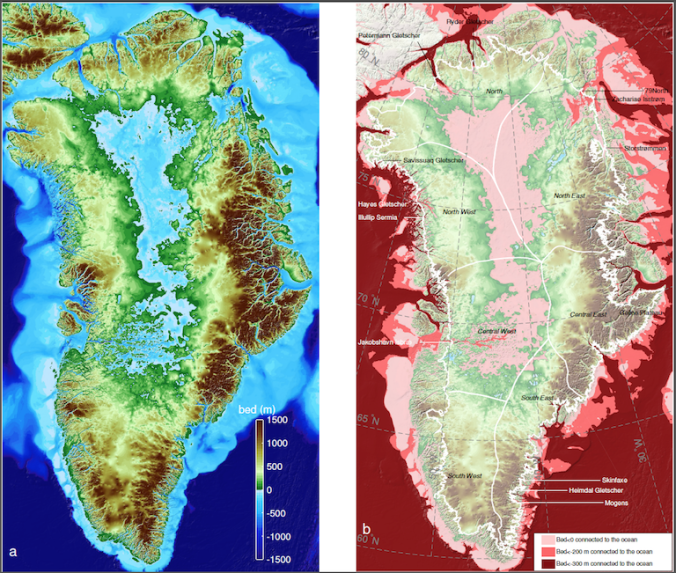 Ice shelves—floating ice surrounding land—act as a “safety band”, holding back ice flowing to the sea in glaciers. But Antarctic ice shelves are thinning and collapsing, and the Antarctic ice safety band is at risk.

Intensifying winds are hastening the melting of the Totten Glacier in West Antarctica by driving warmer water under the glacier, causing melting from below. 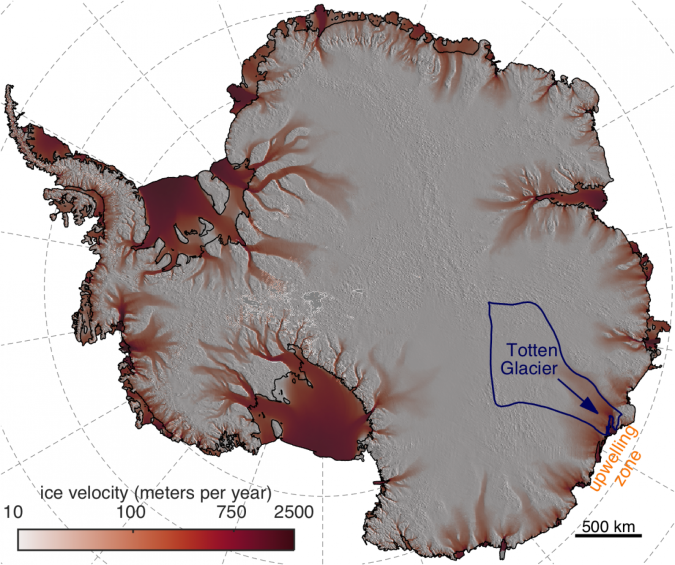 A collapse of the West Antarctic Ice Sheet would have dire consequences for sea level rise.

In previous This Week in Ice posts, I’ve written about the B-44 iceberg, which calved in September but—a mere month later—broke into pieces too small to track.

Here it is on September 28th:

And on October 23rd…

Marine Geologist Thomas Ronge gives a great account of the brief life and times of B-44.

And here are some incredible views of the Larsen C iceshelf and colossal iceberg A-68, which carved from it in July.

From yesterday's #IceBridge flight: Looking out from the sea ice to iceberg A68, which calved from Antarctica's Larson C ice shelf in July pic.twitter.com/0oq9dzUbz1

From yesterday's #IceBridge flight: The western edge of iceberg A68, which calved in July; new edge of Larsen C Ice Shelf in the distance pic.twitter.com/DsCoSLWDbU

From yesterday's #IceBridge flight: The northern edge of massive iceberg A68, which calved off Antarctica's Larsen C Ice Shelf in July. pic.twitter.com/qxcuuFS7tY

And a 400-meter iceberg has drifted into Tasmanian waters, off the coast of Macquarie Island, the first iceberg to be seen off the island in almost a decade.

And then there’s this, which I thought was cool.

I made a quick loop of the last several days after seeing your post thanks 🙂 pic.twitter.com/89fL7BxTyZ

Of course, the biggest news this week was the release of the Climate Science Special Report’s Fourth National Climate Assessment. Guess what? It’s us.

WMO releases Greenhouse Gas report at 1000 GMT on concentrations of CO2 and other heat-trapping gases in atmosphere in 2016 #COP23 pic.twitter.com/JN6NzG0Hkb 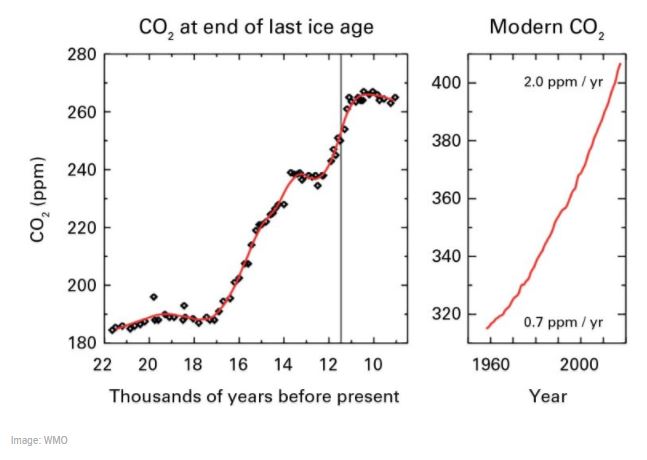 Sharing from my expertise about #NCA4 topics.

I've worked with polar ice cores for 10 years. Ice cores give us 800,000 years of greenhouse gas history. Now we're off the charts. pic.twitter.com/pLCv8uW2LE

I look forward to being back with more ice news in two weeks’ time.

As always, I am not a scientist, just a writer/illustrator and science communicator passionately in love with sea ice. I welcome input and corrections by polar scientists as I learn more about this remarkable and vital part of our planet and bring this knowledge to a wider audience.